The song I wish I had written. Kalamazoo Star by Gerald Dowd.

Posted on November 12, 2014 | Comments Off on The song I wish I had written. Kalamazoo Star by Gerald Dowd.

The best written song I have heard this year is the non-kindie type written by all things a drummer in a kindie band. A DRUMMER! Yes though I am not as shocked and amazed as you might think. The song is Kalamazoo Star and it’s written by one Gerald Dowd.  Most of the time you find him behind his kit backing one of the many fine bands he plays and sings with (Justin Roberts, Robbie Fulks, Frisbie, Kelly Hogan, Electric Dirt, etc) but, on this occasion he has released a CD of his own material.  Home Now is a great example of American Music and Kalamazoo Star is as good a song as one can ever hope to write. A superior CD with filled with great American music.  Props to Liam Davis 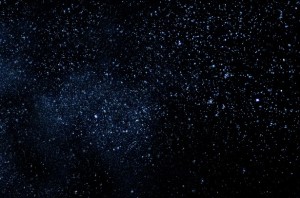 (producer), John Abbey (engineer) and the many wonderful musicians and singers (too many to list) behind the music. As good as the CD is this tune stands apart.  The magic of the song is its positive message in the face of and mournful and sad occasion. Add in the fact the band itself sounds like they could be playing on your front porch, barn, campfire etc. It’s a celebration of life in the face of death and it’s all done in a single take (They saved the best take for last!).  “There’s another star in the Kalamazoo Sky tonight. Same old sky but it feels brand new”. Someone special has passed on and even in death they are looking over family and friends. It’s poignant, sweet and smart. Anyone who ever penned a song wishes they could write songs like this. Thanks for this one Gerald. I’ll be looking for that star next time I’m in Michigan.  So where can you get this CD.  Head on over to www.geralddowd.com and he’s supposed to have it available by Friday.  You can also catch him in the street or a concert venue near you. I’m sure he’ll gladly sell you a copy or two. I intend to buy a bunch as Christmas gifts this year. Go and support an independent music artist today!

Comments Off on The song I wish I had written. Kalamazoo Star by Gerald Dowd.

We are in the digital age of music and it’s a mixed blessing. As a consumer you can get most any song at anytime at minimal effort.  MP3 players allow us to hold thousand of songs at our finger tips.  It is the age of music miracles for the listener.  For the artist who has trouble getting paid for their product it’s different story but this is not the focus of this article.  I sit now in my basement having recently rediscovered how good music sounds on my old stereo system.  My Kenwood receiver/amplifier, garage sale obtained 3D Acoustics speakers,

Pioneer 100 disc CD player and a LXI series cassette deck. I have recently purchased a Dual record player as the previous one must have been sold or given away (A minor tragedy rectified at a flea market).   Two months ago I was cleaning the basement where said speakers are and was amazed at the depth of sound those towering speakers provided.  In todays digital world we get more music but are getting less in terms of sound quality.  MP3 files tend to be small and lack the megabytes to give you the full sound.  (Sound Quality of Music Lacking in the MP3 Era).   My daughter just walked in and turned up the volume and the discs keep spinning. Chris Issac, The Boogers, Cheap Trick (Live at Bhudokan), 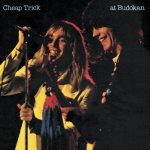 Creed (guilty pleasure), Jim Cosgrove, Johnny Clegg, James Hunter, John Hiatt and many artists I’ve forgotten.  The list continues with lots of full  bass, mid and treble. Once a week it seems I head to the basement whether I’m organizing or not,  just to listen to music in a proper format.   While typing I just discovered a Train song called Swaying (Train) 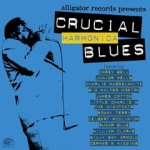 followed by one of our kindie faves Doctor Noize (The Ballad of Phineas McBoof).  Go check out your old speakers and you’ll rediscover the SOUND.  Now excuse me my kids have just discovered a CD new to them and are  jamming to some harmonica 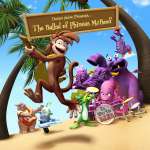 The Grammy nominations… and The Hipwaders?

Posted on October 16, 2013 | Comments Off on The Grammy nominations… and The Hipwaders?

Who do I vote for?  This is the question I will be asking myself soon as a voting member of the Recording Academy.  The Grammy ballot shall be arriving soon. Requests for votes usually come in a mass email asking that I vote for them. Poochamungas were not eligible this year as the release date had to be by September 3o as was the most legitimate kids awards the Fids and Kamily.  These artists are selected by people who actually listen to kindie music. The critics and bloggers who write about and promote it. But back to the Grammys.   Here’s my dilemma.  When I asked for help in promoting my CD the response from artists was very limited.  Now some of those artists asking me to vote for their CD.  Asking for my help.  Now I’m not asking people to suddenly start endorsing my band for votes or offering me money (Poochamungas ain’t playing no payola).  The truth is one can only listen to so much music during the year.  I am more likely to listen to the CD by a fellow artist that has helped me than one who hasn’t long before grammy voting appears.  Just as a sign of mutual respect.  Then to the music has too be excellent for me to vote for it.  If I haven’t listened I am probably not voting no matter how many times I get a” please vote for me” email.

Speaking of listening The Hipwaders have reclaimed the family car cd player.  The Golden State is one of our all time favorites and one of the best kindie CD’s ever made. Go buy it and thank me later.  You can also check out their latest single and video at the following link… http://www.youtube.com/watch?v=vzOX-3IP3I4

Comments Off on The Grammy nominations… and The Hipwaders?

Progress on the New CD 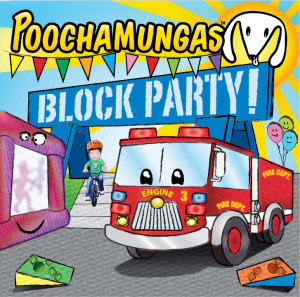 The CD is shipping from the replicator today back here to Chicago!  And we have booked a CD release party at Schubas on September 29, 2013.  This is a long time coming.  Nearly 2 years worth of time and energy.  Can’t wait for everyone to get the physical copy in hand!

Comments Off on Progress on the New CD

We had a great time at Jeff Fest.  The organizers couldn’t have been nicer and the sound crew did a fine job of making us sound good.  The wind caused some feedback in my guitar but that’s part of what happens when you play outdoor gigs.  We had the 12:30pm slot and families and friends arrived early and the concert area filled out nicely as we played.  Anyone who stopped to listen stayed to the end of the show.  Then my guitar strap did a second set with the Kuhls and the were pretty darn good as well. If you missed it we play next Saturday, August 10th in Kenosha. Go to http://www.poochamungas.com/events for times and links.

So the CD is in the hands of those who shall reproduce it. Very excited! It should be back in the next two weeks. So be on the lookout for updates.

Comments Off on Jeff Fest and CD status

So the song Imagination Train on our first CD is one of my favorite songs but the final mix we put out  never felt quite right.  Now it being one of the first songs I ever recorded I really had no idea what I was looking for in a recording.  The fact that I had put something down on a CD was amazing in itself but as time went on and I have listened to it a few thousand times I began to feel the song was cluttered and a bit muddled.   I love when we play it live but the recording lacked my ability to  really hear it and make it more.  Well we remixed it and added another vocalist and WOW!  I am loving it again.  Anna Fermin sang the vocal track and is absolutely brilliant.  (She starts a series of shows at Fitzgerald’s Tuesday,  February 14 at 8pm. Go check it out!  She is a wonderful talent and super nice to boot!)  Plus John Abbey did the remix stripping it down and rebuilding it and this Sunday we’re gonna put the final touches on it with Alton.  And then were gonna give it to you the reader… FREE.  As soon as we are done we’ll let you know the details right here in this blog.

So not only are we doing final overdubs to Imagination Train we’re gonna work a few other tunes as well this Sunday.  We have a song called My Favorite Summer Day also referred to as Block Party Day and Around the World up for attention. Plus a Bo Diddly beat inspired Places You Go.   We’ll be laying vocals and drums and keys, maybe guitar and whatever else we think of while we’re there.  One step closer to  completed songs takes us closer to a completed CD.   The new stuff is sounding really great!

So the album/CD theme is something new to me.  The first CD I just put together a bunch a songs that I had written and liked and put them on the CD.  This time there is a definite family/childhood theme present.  It  may have a lot to do with the huge amount of time I spend with my kids and the wealth of material they provide.  My thanks to Sue Demel for pointing this out to me during one of my singer/songwriter sessions at the OTS.  She does good work.

Thanks for reading and see you again in the next few weeks!  Stay tuned for the re-release of Imagination Train!